A Sad Song In Motown

This is my first post in a while. So despite yesterday's outcome, it feels good to think about a meaningful football game and put something in writing.

Ponder deserves a bit of criticism for having jitters during the first game of the team, and for at least a couple of the three consecutive incomplete passes on our second-to-last drive. But dude was having to work in a constant sea of Honolulu blue.

What I have a hard time with is this: AP had 18 carries in the game. But in the three fourth quarter possessions, our star player had only three touches.

The end of this game had an all-too-familiar outcome, but normally the team is being carried on Peterson's shoulders and the time runs out. This one just didn't feel right and I'm shifting my attention to the play-calling. 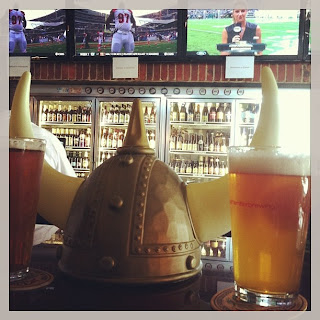